The author of the Vampire Chronicles -

Interview with the Vampire

Back to New Orleans

In June 1988, following the success of The Vampire Lestat and with The Queen of the Damned about to be published, the Rices purchased a second home in New Orleans. Shortly after moving to New Orleans, Rice penned The Witching Hour as an expression of her joy at coming home. Rice also continued her popular Vampire Chronicles series, which later grew to encompass ten novels, and followed up on The Witching Hour with Lasher and Taltos, completing the Lives of the Mayfair Witches trilogy. She also published Violin, a tale of a ghostly haunting, in 1997.

Rice returned to the Catholic Church in 1998 after decades of self-avowed atheism. On December 14, 1998, she fell into a coma and nearly died. She was later diagnosed with Diabetes mellitus type 1, or "brittle" Diabetes, and is now insulin-dependent. In 2003, following the recommendation of her husband and shortly after his death, Rice underwent gastric bypass surgery and shed 103 pounds.

In 2004, Rice nearly died again from an intestinal blockage or bowel obstruction, a common complication of gastric bypass surgery. In 2005, Newsweek reported, "[Rice] came close to death last year, when she had surgery for an intestinal blockage, and also back in 1998, when she went into a sudden diabetic coma; that same year she returned to the Roman Catholic Church, which she'd left at 18." Her return did not come with a full embrace of the Church's stances on social issues; Rice remained a vocal supporter of equality for gay men and lesbians (including marriage rights), as well as abortion rights and birth control, writing extensively on such issues. In October 2005, while promoting her book, Christ the Lord: Out of Egypt, she announced in Newsweek that she would now use her life and talent of writing to glorify her belief in God, but did not renounce her earlier works. Rice calls Christ the Lord: Out of Egypt, published in 2005, the beginning of a series chronicling the life of Jesus. The second volume, Christ the Lord: The Road to Cana, was published in March 2008. The third book in the series, Christ the Lord: Kingdom of Heaven, has been postponed.

On January 18, 2004, Rice announced on her website that she had made plans to leave New Orleans. She cited living alone since the death of her husband and her son moving to California as the reasons for her move. In 2005, after completing Christ the Lord: Out of Egypt, Rice left New Orleans.

After leaving New Orleans, Rice settled first in La Jolla, California. She purchased a six-bedroom home in Rancho Mirage, California in December 2005, allowing her to be closer to her son in Los Angeles. In Rancho Mirage, Rice wrote Christ the Lord: The Road to Cana, Angel Time and Of Love and Evil (the latter two being the first two books in her Songs of the Seraphim series), in addition to her memoir Called Out of Darkness: A Spiritual Confession.

On March 9, 2014, Rice announced on her son Christopher's radio show, "The Dinner Party with Christopher Rice and Eric Shaw Quinn", that she had completed another book in the Vampire Chronicles, titled, Prince Lestat, a "true sequel" to Queen of the Damned. The book was released on October 28, 2014. In 2015, a sequel to the Beauty trilogy, "Beauty's Kingdom," was released.

Non-fiction
- Called Out of Darkness: A Spiritual Confession (2008) 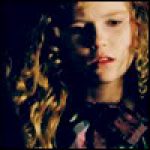 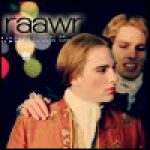